The City of Boston hosts over 12 million annual visitors from across the country and around the globe. This vibrant, thriving city is renowned for its cultural facilities, world-class educational institutions, champion sports franchises, as well as its place at the very forefront of American history. Tourism is one of New England’s largest industries; as the region’s social and commercial hub, Boston is willing to accommodate and entertain in a way that few other cities can. 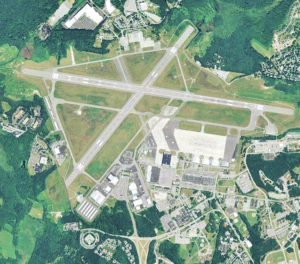 Laurence G. Hanscom Field, also known as Bedford Airport, is a full-service general aviation airport and popular choice for business executives who want convenient access to Boston, Eastern Massachusetts and “America’s Technology Region.”  Both of the airport’s two runways can accommodate small and large jet aircraft, and are also used by Hanscom Air Force Base, a defense-research facility which is situated adjacent to Hanscom Field. This airport features two runways with the longest being seven thousand feet.