Minneapolis is the largest city in the state of Minnesota, and along with St. Paul, features one-of-a-kind attractions, tax-free shopping, nationally praised dining, world-class theater, museums galore, and beautiful green space.  With thirty theater venues, more than ten dance companies, thirty classical music groups and nearly sixty museums, it’s no wonder Minneapolis has been called the Midwest’s cultural capital. Minneapolis is also a thriving financial sector. Homegrown businesses such as Macy’s, 3M and Target have gone on to become household names on a national scale. The city is a leader in the medical field as well, providing ground-breaking research and products to people all over the world.

Flying Cloud Airport is a public airport located in the city of Eden Prairie about 11 miles southwest of the central business district of Minneapolis.  This airport is one of the busiest in the Minneapolis region and is the preferred way for business travelers to get to downtown Minneapolis. This airport features three runways with the longest being five thousand feet. 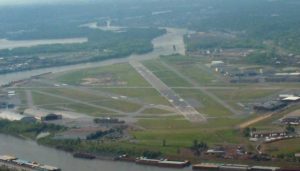 St. Paul Downtown Airport, also known as Holman Field, is an airport just across the Mississippi River from downtown Saint Paul, Minnesota. It is one of several reliever airports in the Twin Cities area. The airport is the metro area’s primary facility for private business aviation and allows charter clients the ability to gain easy access to the city without the congestion of other airports. This airport features three runways with the longest being six thousand four hundred and ninety one feet.